Friends of the Governor Stone 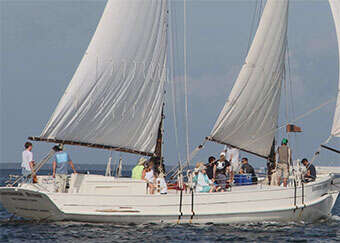 As it strives to rebuild a historic schooner, the nonprofit group Friends of the Governor Stone is weathering new challenges with help from cloud fundraising and other Blackbaud solutions that engage supporters.

On October 10, 2018, Hurricane Michael devastated the Florida Panhandle. The Category 5 storm capsized the Governor Stone, a Gulf Coast schooner built in 1877 and designated a National Historic Landmark for its role in enhancing cultural, historical, and ecological education and community events along the Northern Gulf Coast. The all-volunteer nonprofit group, Friends of the Governor Stone, Inc., which owns and maintains the vessel, quickly began raising the $150,000 needed to qualify for a Federal Emergency Management Agency (FEMA) grant to rebuild and relaunch the Governor Stone.

However, the team soon realized that they needed a more efficient and organized way to communicate with their membership base, solicit donations, and accurately track the donations they receive. They found what they were looking for in Blackbaud eTapestry, which provides nonprofits with simple cloud fundraising and supporter management tools.